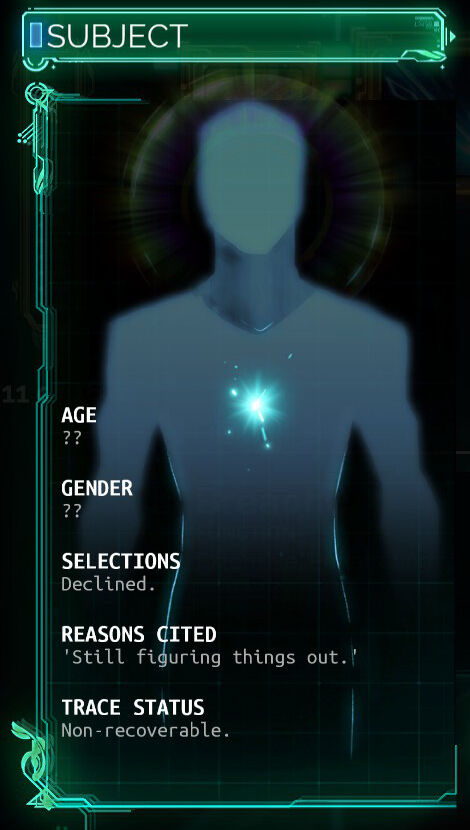 The unnamed "narrator", who communicates through The Transistor, is referenced as "Unknown" or "Subject Not Found" in the game's trace data. Inside the game's code, he's referred to as "Auden", a name meaning "old friend", or "The Boxer", which implies that he may have been a bodyguard for Red. Also known as "Mr. Nobody" to a majority of fans.

He is in a relationship with Red. His sacrifice saved Red's life and started the events of the story.

Recovered data indicates Subject had no Selections on record. There is a remote possibility (less than 5%) that this information is inaccurate due to data corruption. In the more likely event that the information is valid, Subject by definition cannot be matched with the census data, as 0% of Cloudbank willingly chose nonselection.